The following two letters were sent to us recently. Just click on the images for more. 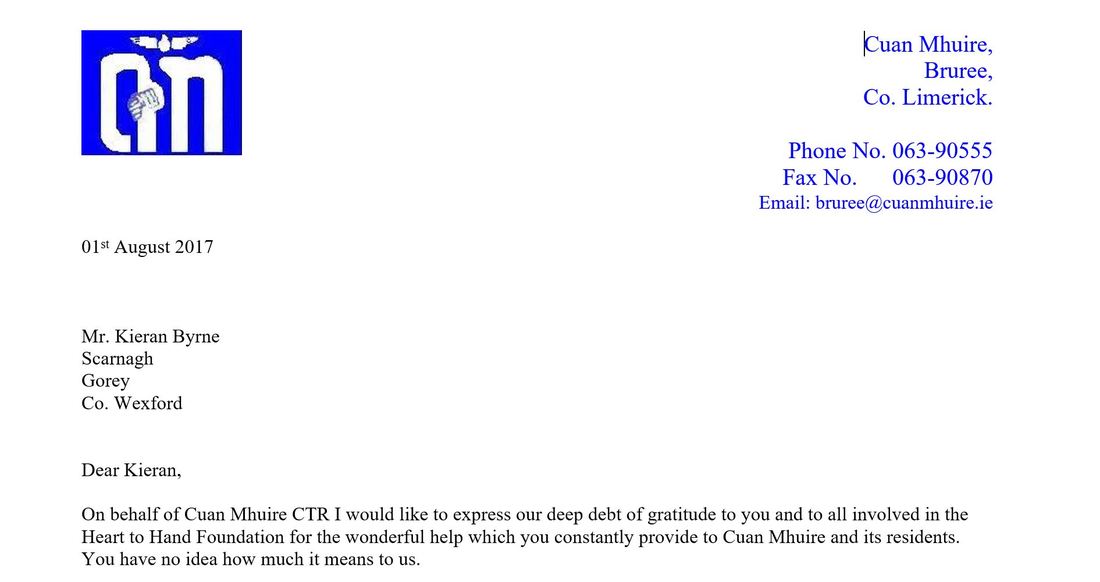 Sincerely in Christ, invoking every possible blessing for you Irish in “Heart to hands”, through the intercession of Blessed (soon to be saint) Teresa of Calcutta and all of the angels and saints, I would like to express once again especially on behalf of the poorest of the poor whom we serve, thank you!

P.S. I have some of the more honest men in the world who are preparing the Christmas packages for me under my close supervision. I have tested them many times and they will not even take a chocolate bar without my permission. They are 100% loyal. If you want to send me a load for the prisoners for Easter I will arrange another visit to the prisons, or in the summer. The prisoners always need new underclothes, socks and soap. To all with Kieran L.M.C. coordinator of Heart to Hands a heartfelt thank you!

Thank you letter from the Missionaries of Charity 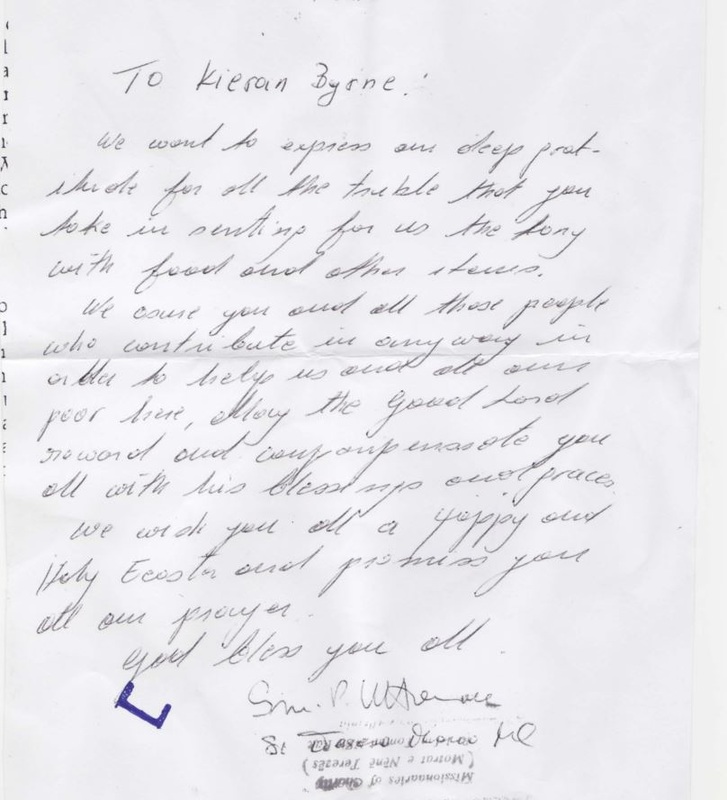