Tipperary so far away!
Well it would be far away if you lived in Albania. The County of Tipperary has had its fair share of accolades over the years. Between Hurlers, Horses, Cyclists etc it ranks up there with the best of them. However the true story that I am about to unfold puts all those achievements in the halfpenny place. This is a story of great sacrifice, generosity (both financially and talent wise)
This story began in 2007 when seasoned veterans like Fr Celsus Tierney, Pat Whelan, Dinny O’Dwyer and others learned from the Sisters of Charity in Albania that much needed aid in the shape of construction and renovation work were  required in that Country.
Some twenty Tradesmen, mainly from the Holy Cross area and others who had already experience at working in this Country were the first to volunteer.
The logistics for these projects were enormous, and much planning had to be done.
All materials for these projects were either donated or bought and then transported from Ireland to Albania.
Volunteering (as we know) is becoming a thing of the past, so the job of recruiting manpower and womanpower (more about that later) was an enormous task in itself.
Eventually the required number of volunteers were recruited and the job of allocating personal to the different projects began.
D/Day eventually arrived and in October 2008, 43 generous souls departed from Dublin Airport destined for Albania. To some this was a journey into the unknown and as the excitement rose so also did their expectations. To others this was just another project and they knew what to expect.
Tirana Airport bears no resemblance to years gone by where gun totting soldiers circled the perimeter and pill boxes were a common site, what does remain though is the €10 levy on entry.
Accommodation sorted out, personnel for each project allocated and the work commenced.
It is said that a picture paints a thousand words? So the following are a few of the myriad of photographs that were presented to me. 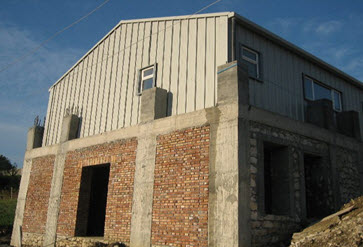 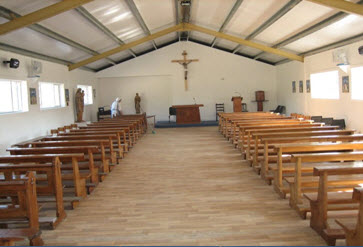 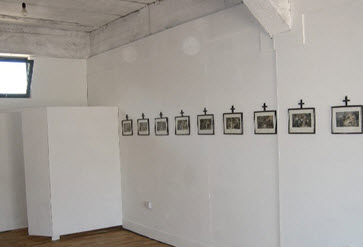 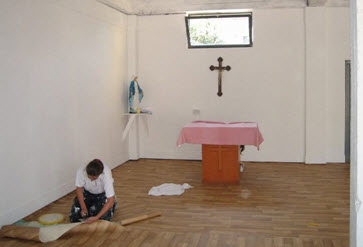 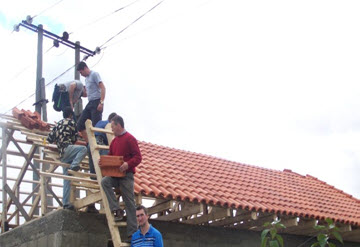 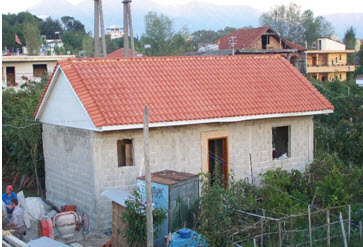 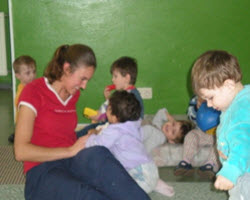 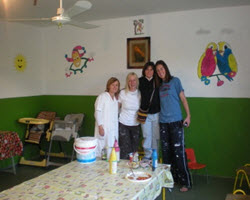 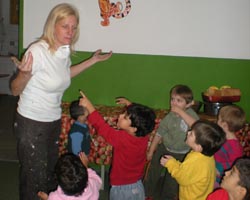 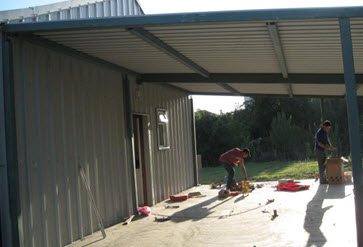 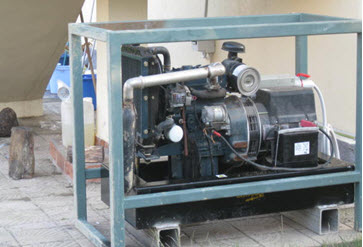 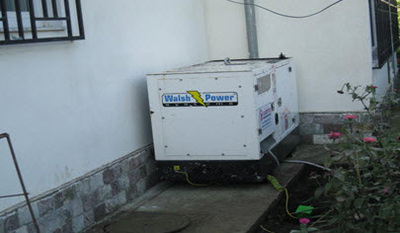 Work commenced each day at daybreak and continued until nightfall.All projects planned were completed and to a very high standard too.
One of the last bastions of male supremacy was dashed when some females offered their services and were accepted.
The photographs show that these ladies played their part and their work was very much appreciated.
The signifince of all this work may not manifest itself for years.It is only when the young people of Albania grow up and realise that because of the generosity of the Irish Groups their religious and general education has taken a hugh step forward.
I as Hon Secretary for the “Heart to Hand”Charity, write on behalf of our committee to thank you all for your generosity and christian spirit. 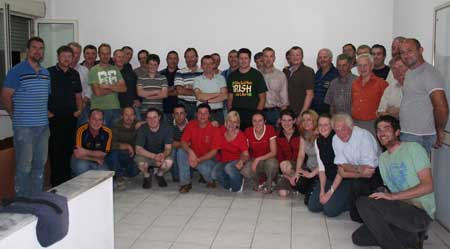