This particular project was performed by a group from Tipperary .

Again two of the team travelled to Puke and Schodder in Northern Albania in April. Work commenced in September and continued for six days and the end result was as follows: two leaking roofs were felted, a new canopy was erected, five doubled glazed windows were installed, electrical work was done, wooden floors replaced concrete ones, roofs were strengthened to withstand the heavy snows of winter and the biggest job of all, the cladding and insulation of a building in Puke which is used as a learning centre for deprived Adults and Children. Before leaving for home the workers were brought on a tour of an Orphanage in Schodder. It certainly brought home to them the need for constant help for these people. 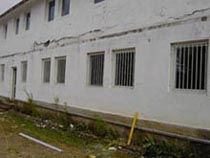 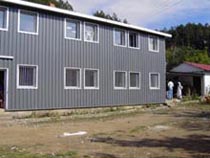 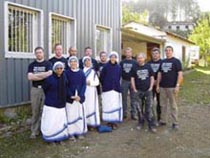